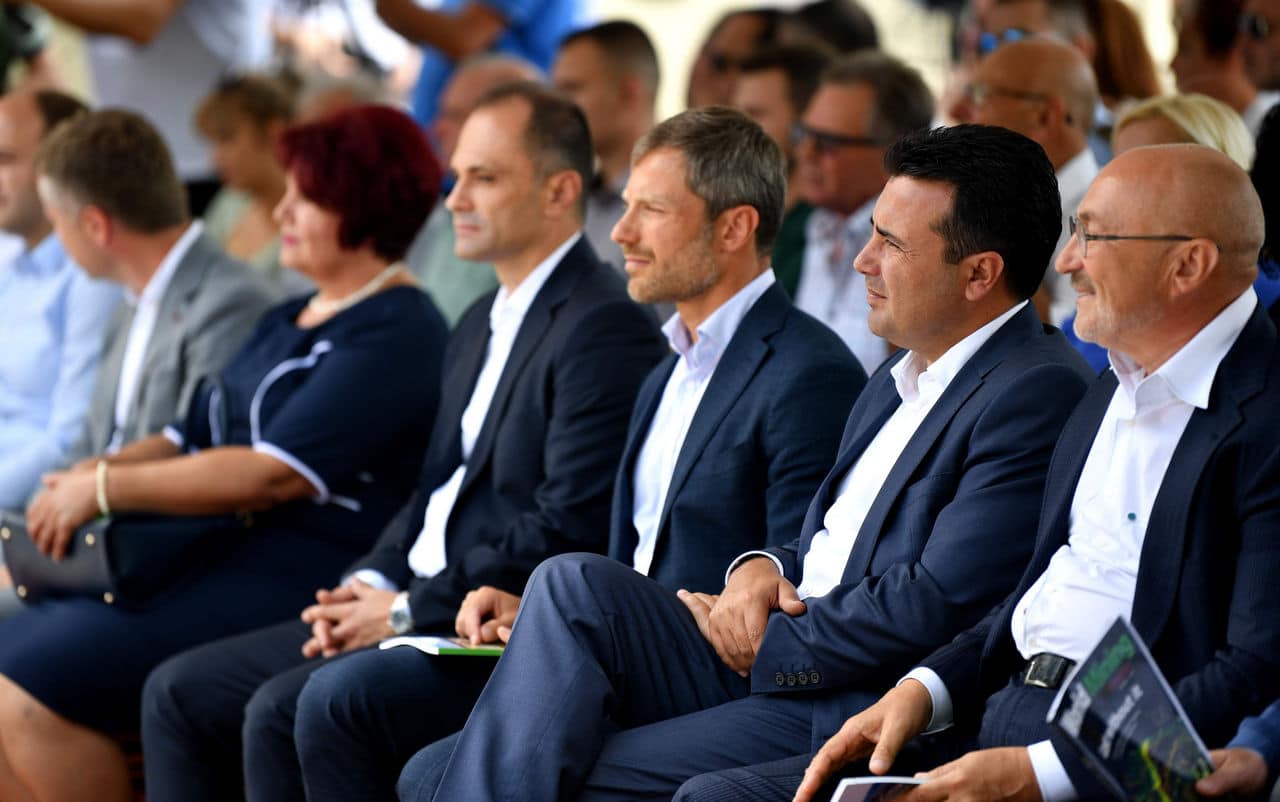 It was 2005 when Solway first invested in Macedonian assets by purchasing Bucim Mine – the only operating copper mine in North Macedonia that was idle and bankrupt. Over the years they overcame many challenges from political instability in the region, economic uncertainty, an unfavorable business environment, ongoing bankruptcy proceedings, and low copper content in the ore body. No doubt these were tests of Solway’s ability to take a risk and deliver outstanding results.

Today Bucim mine is the leading mining project and the only operating copper and gold mine in the Republic of North Macedonia with an annual production capacity of over 40,000 tons of copper concentrate containing gold.

In this short time all of the stakeholders have reaped the benefits – Solway Investment group, Bucim DOO, the town of Radovish, and the state of the Republic of North Macedonia. Since 2005, Solway has invested $ US 93 million into the mine, with a large portion of that going towards modernization and development. Thanks to the professionalism of the Bucim’s managing team and the Group’s readiness to adapt to the demands of the modern world while at the same time minimize the company’s impact on the environment, Solway has built an impeccable business reputation amongst the employees, partners, clients, regional and state authorities of the North Macedonia.

Bucim, under Solway’s management, also contributes significantly to occupational health-and-safety initiatives, environmental safeguards, and the development of municipal infrastructure at Bucim, the town of Radovish and the neighboring municipalities. The amount of social investments into the civil infrastructure development and environmental protection adds up to $ US 4.2 million since 2005 and is growing annually.

In 2018, the Group’s management began developing the Borov Dol ore body, which will extend the Bucim mine’s industrial operations. The introduction of the new ore body will support the continuing operation of the existing Bucim DOO Radovish, thereby preserving jobs and contributing to the regional economy in three municipalities – Konce, Stip, and Radovis, rather than closing the older mine. An estimated US $56 million of total capital expenditures will be dedicated to the Borov Dol project. The company plans to continue further geological researches looking into extending the mine’s life beyond 2030.

With pillars such as an efficient infrastructure, stability, and honesty the business is in a position that is open to opportunities for the further regional consolidations and joint safe development of other mining projects.

The Prime Minister of North Macedonia, Zoran Zaev congratulated Bucim on the jubilee and wished many more years of successful work and an easy transition to Borov Dol.

“We continue to work together to promote and develop the mining sector in the Republic of North Macedonia as it is an important segment in our efforts to build the strong economy that will open up opportunities for all!” – he stated further.

To commemorate both the mine’s anniversary and the ongoing business relationship, Dan Bronstein, Chairman of the board, Solway Investment Group said:

Bucim’s 40th anniversary is the perfect occasion to celebrate, and acknowledge the past as well as look forward to the future. In 2005, some creativity and a desire to face calculated risks were required to bring Bucim to success. As the investor who specializes in restarting high-risk, complex, and challenging projects worldwide, I can say I am glad we seized this opportunity 15 years ago and despite all the technical, social, and economic challenges, we delivered on our promises. I would like to thank the Government of North Macedonia, the people of Radovish, Bucim employees, our partners, and the rest of the stakeholders for the loyalty and trust they showed throughout these years. I believe with such involvement and support, together we will have many prosperous and blooming years to come in the future.