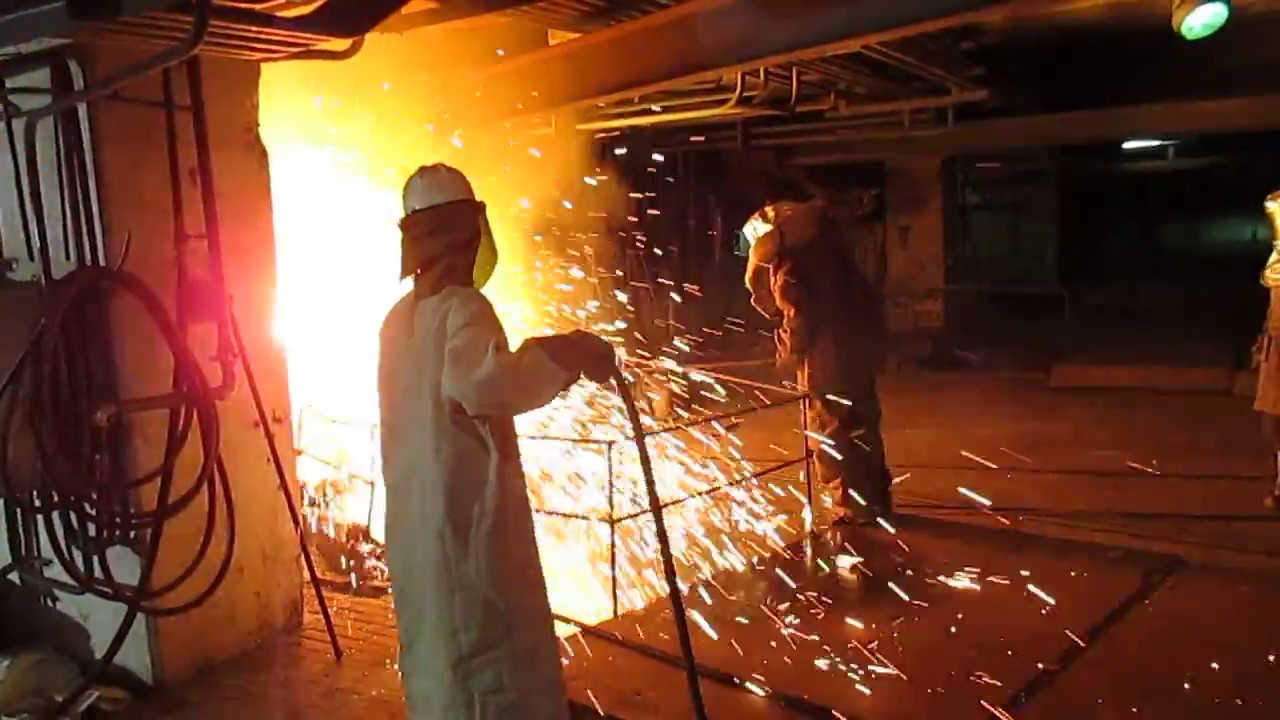 Despite a volatile commodities market and unstable global steel production volumes, Solway Group continues to develop and optimize its nickel production structure at its production facilities in Guatemala and Ukraine. The company is primarily focused on reducing the cost of nickel production and increasing production volumes. Looking forward, the Group will also be developing a new mine, Borov Dol, in North Macedonia, as well as identifying exploration opportunities for new gold deposits at Kurilgeo in Russia.

In 2018, 2.618 million metric tons of wet nickel ore were mined in Guatemala. Pronico delivered 14,688 metric tons of nickel in ferronickel in 2018 compared to the 12,416 metric tons it produced in 2017. Total capital expenditures amounted to USD 32 million. This figure includes purchases of mine equipment and coal boilers, construction of an SPLC system, and exploration works.

Considerable management and shareholder effort was invested in acquiring equipment for electricity generation and ensuring stability of production. The Group also continues investing in different processes to increase both production volumes and the quality of the goods produced. The Group remains absolutely committed to the highest standards of health and safety, environmental protection, sustainability, and local community development.

In 2018, the investment plan was primarily focused on supporting production volumes and increasing the efficiency of the gas cleaning units. Capital expenditures to repair the primary technical equipment equaled USD 2.7 million. Investments to support production capacity — acquisition of equipment, technical equipment, construction, etc. — were USD 0.6 million in 2018. In 2017, the plant launched a long-term project for the reconstruction of the third stage of the gas treatment facility for the No. 1 and No. 2 tubular kilns on the tubular rotary furnace. The first stage of construction was completed in 2018; the gas cleaning of tubular rotary furnace No. 1 was transferred temporarily through the installation of a gas fan. This allowed the second stage of this project to be completed without stopping the main production facility. Total expenditures (the cost of equipment purchased and works performed) equaled USD 1.7 million. After the program is completed, the level of emissions cleaned will increase to 99.9%.

Ore production in 2018 reached 760,500 tons, a 28% increase compared to 2017. Mining of rock mass increased by 2.4% compared to the previous year to reach 2.8 million tons. Crushing volumes and stowage of ore increased by 1.4 times in 2018 compared to 2017. The growth in these indicators occurred as a result of changes made to the working schedules at the Aina, Osma and Elina sites.

Low operating costs ensured a high operating margin, which is consistent with the approved business plan. Kurilgeo operations contributed USD 55.1 million in sales, with an EBITDA margin of 49% in 2018. The company’s capital expenditures of USD 1.9 million were primarily directed towards exploratory works, purchases of mining machinery and equipment, and construction of new assets.

The Group successfully executed an early repayment of Kurilgeo’s debts to UniCredit Bank and Rosbank, meeting all of the requirements contained in the respective credit agreements.

Steady improvement of Bucim’s operational efficiency ensured sustainable production. This resulted in the historically stable performance of the Group’s Cu segment, with its 2018 EBITDA margin of 46%. The Group’s management is beginning to develop the Borov Dol project which will extend the Bucim mine’s industrial operations for up to 10 years, and will be beneficial for the local communities in three municipalities – Konche, Shtip and Radovish. Funds were raised for this purpose in early 2019, including a EUR 25 million, 7-year loan from a local commercial bank (Komercijalna Banka AD Skopje).

Facility maintenance and repair expenses totaled USD 5.565 million in 2018. As in previous years, most of the funds were spent on repairs and maintenance of mining and transportation equipment. From the total amount, USD 4.024 million was used for the quarry, USD 1.4 million was spent on the flotation unit, and USD 217,600 was invested in the SX/EW plant.

The total investment of USD 979,640 was used for the needs of the production units: the surface pit/quarry, flotation unit, SX/EW plant and the auxiliary units.

In 2018, according to the program developed in 2017 and permit requests submitted, Solway Group successfully obtained an export permit for almost 2 million wmt of nickel ore. Since the second half of 2018, the Group has been successfully exporting nickel ore from Indonesia from an existing mining operation located in Morowali, Central Sulawesi (Bahomoahi deposit).

In 2018, Solway Group managed to maintain and progress all the necessary permits for all of the nickel assets in the country, including maintaining an operational license for a world-class nickel-cobalt deposit in Indonesia for the next 20-40 years.

Based on the successful internal review of the PT Sulawesi Resources (Bahomoahi deposit) in 2017 and studies undertaken, the Group continued in 2018 with related studies and metallurgical testwork of hydrometallurgical options for processing the ores, which include atmospheric leaching and HPAL to produce nickel & cobalt MSP and/or nickel and cobalt sulphates. Both of these materials are currently highly valuable due to global growth forecasts for the electric vehicle market.

Production is expected to begin in early 2021, with an overall target to produce around 30,000 tons of MSP/MHP nickel material.

Solway Group successfully maintained all of its licenses in PNG in 2018. The Group plans further detailed exploration of current and new assets in PNG in 2019. All of the exploration programs undertaken in PNG are fully supported by the local communities.

In 2018, the Group’s project in the Philippines operated smoothly and produced an average of 6,000 tons/month of chromite concentrate with a minimum quality index of 47% Cr2O3. During this period, construction of new lines was continued and the project is currently using one of the four new lines. Three new lines will be launched in the near future. Total capacity of production is expected to reach 10,000 tons/month. In order to upgrade the potential of the plants, the company is dredging the water pond and expanding the tailings area.

At present, the project owns 60 units of heavy equipment: excavators, dump trucks, loaders, bulldozers, and graders. An additional two long arms were purchased during 2018 with leasing financing, and an additional four excavators were leased with the option to purchase. This vehicle fleet is enough to support the Group’s production volumes.

Solway’s first and primary responsibility is to promote and protect the health, safety, and well-being of all of its employees, contract personnel, and members of Solway’s host communities.

To embrace integrity, transparency and cooperation, we have implemented internationally recognized standards of environmental and social performance: the Equator Principles; IFC Performance Standards; ISO 14001, 9001, 4500; Voluntary Principles on Security and Human Rights. The integrity of our implementation was assessed by independent consultancies including Golder Associates, ERM and others. We are also currently working on implementing the UN Sustainable Development Goals (SDG) and Global Reporting Initiative (GRI).

In 2018, CGN and Pronico invested approximately USD 1.143 million in social development. This figure includes costs related to the employment of local community representatives, donations to local schools, construction and maintenance, repairs to municipal roads and infrastructure development, donations towards cultural and sports initiatives, support of agricultural and forest programs, healthcare, and communication campaigns.

In 2018, CGN and Pronico partnered with ERM Mexico, S.A. to evaluate progress made to date in the implementation of the Environmental, Social, Health and Safety (ESHS) best practices. ERM concluded that there are no environmental and social red flags nor fatal flaws at this stage of the project. ERM estimates an average compliance of 91.4%, which demonstrates a high level of alignment with the IFC Framework, including the IFC Performance Standards and the corresponding EHS Guidelines. The project has made significant progress in developing and implementing the procedures required for the Environmental, Social, Health and Safety management system, air emissions reductions, wastewater management, environmental restoration and rehabilitation, social risks reduction, and handling of grievances.

International standards are widely implemented in PFP management system development. In 2018 PFP was recertified according to ISO 14001:2015, and held certification against ISO 9001:2015 and OHSAS 18001:2007 standards.

Solway Group continued investing in environmental protection and in health and safety (EHS) in Kurilgeo in 2018. Kurilgeo spent approximately USD 60,000 on ecological monitoring studies and environmental protection measures in 2018, including: environmental monitoring of natural mediums (soil, water, atmospheric air, noise, and emissions), terrestrial biodiversity and marine mammals, transfer of production wastes to licensed contractors, and the purchase of sorbents to collect oil spills.

Annual operational expenses for health and safety programs amounted to approximately USD 160,000 including the cost of purchasing employees’ PPE, equipment and services for emergency preparedness, certification, and personnel training.

Charitable assistance was also provided to WorldSkills Russia and the religious organization Yuzhno-Sakhalinsk and Kuril Diocese of the Russian Orthodox Church.

Solway Group is continuing its investments in occupational health and safety initiatives, environmental safeguards, and the development of municipal infrastructure at the Bucim mine and in its neighboring municipalities.

Overall environmental expenditures reached USD 119,000 in 2018. This included re-cultivation of the dam of the tailing dump in the required area, environmental monitoring services – both surface and groundwater, atmospheric air, environmental noise, industrial emissions and discharges, and waste management services, as well as environmental third party audits and assessments.

In 2018, the Group invested USD 125,670 in social development. As in previous years, the Bucim mine works in close cooperation with the Radovish local community to develop infrastructure and a variety of social programs. This includes support for athletic and educational programs; providing material assistance to the city hospital, schools and kindergartens; carrying out repairs of buildings; purchasing necessary equipment and inventories; the purchase of a passenger car for the needs of the local Red Cross department; and a waste collection vehicle for the communal enterprise of the Radovish community.

Bucim successfully completed the necessary environmental procedures and in 2018 received an additional national A-Dozvola (IPPC permit) for operation of a SX/EW facility. The integrated environmental permit for exploiting the cathode copper plant (Dozvola – A) was issued by the national environmental authority and represents the Operational Permit similar to the IPPC (Integrated Pollution, Prevention and Control) License in the EU.

Since 2017, Solway Group has been running an eight-month educational program, the International Solway Music Fellowship, as a Group-wide program designed to integrate young creatives between the ages of 14 and 17 from the loecal communities of North Macedonia, Guatemala, and Ukraine into modern cultural life by learning English, experiencing the arts, and adapting their cultural traditions to the realities of the modern world. This program is run in partnership with the Salzburg Festival. In 2018, the fellowship program attracted over 60 applicants. 24 participants fully completed the challenge, and six young adults were chosen to represent their countries in the international opera camp for children and youth in Salzburg.