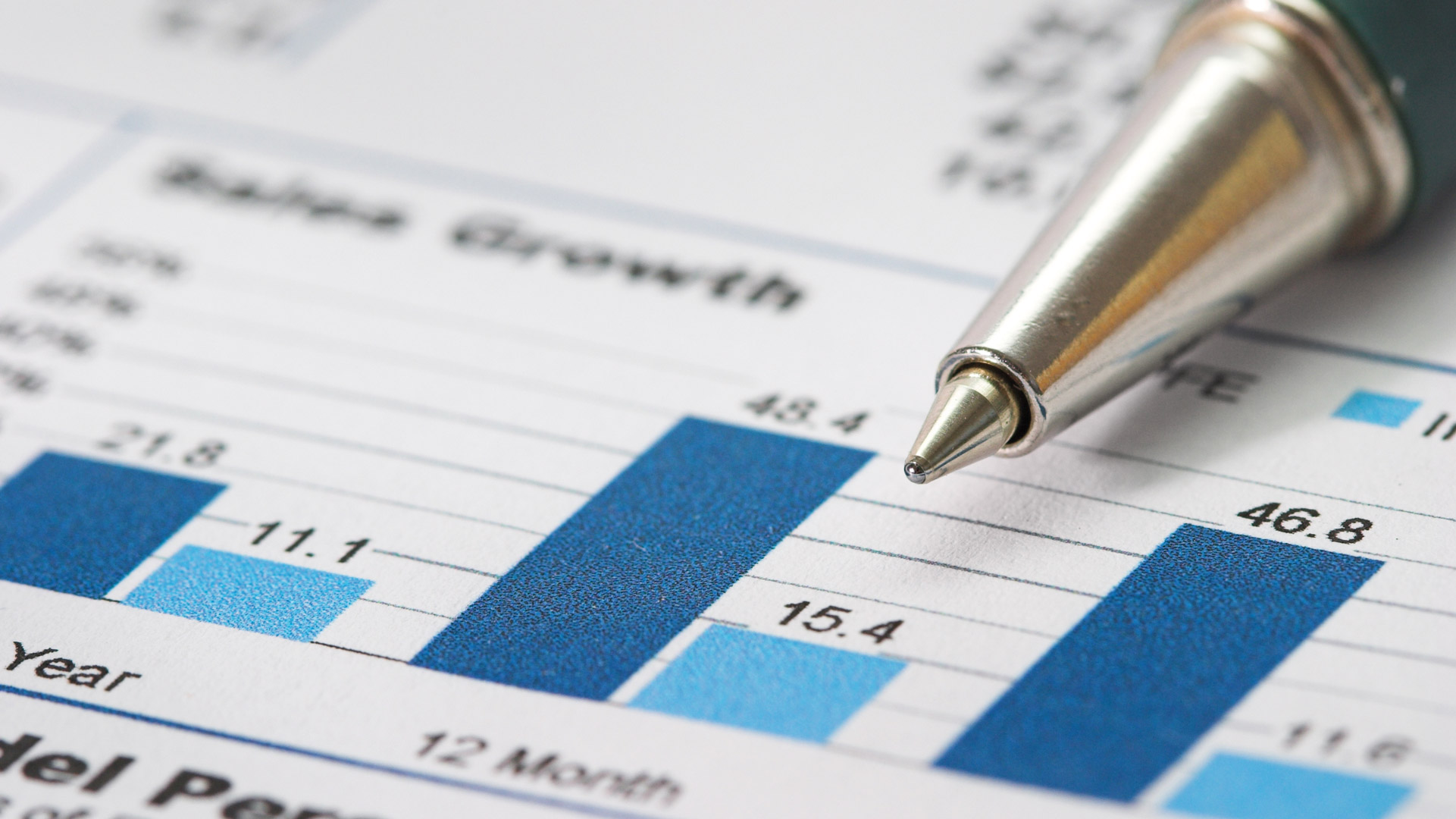 ZUG, Switzerland 26 June 2018. Solway Investment Group GmbH, the parent company of a vertically integrated international group of companies (jointly referred to as “Solway”), announced its operational and financial results for 2017, ending on 31 December 2017.

“I am pleased with the stable performance of all Group assets despite weak commodity prices in 2017. Our relentless work to increase the efficiency of our operations has paid off and allowed us to maintain stable production levels whilst fully complying with our obligations to employees, local communities, the environment and business partners such as banks, suppliers and customers. The Group is currently on track to fully ramp up the production of ProNiCo in 2018, as well as to increase production of PFP (Pobuzhsky Ferronickel Plant, Ukraine) and progress Indonesian nickel asset development in order to fully benefit from the benevolent nickel market environment driven by increasing EV adoption. We also intend to fast-track development of copper assets in Macedonia and Argentina in order to retain beneficial diversification across the base metals segment. We expect the profitability margin and cash generation capacity to substantially improve as a result of these measures”, – said Dan Bronstein, CEO of the Solway Investment Group.

In 2017, a total of 2,277 million metric tons of wet nickel ore was mined in Guatemala. ProNiCo delivered 12,416 dry metric tons of nickel in ferronickel in 2017 vs. 8,688 tons produced in 2016. Total capital expenditure amounted to USD 32 million. This figure includes the construction of new coal boilers, SPLC (Smart Predictive Line Controller), the acquisition of mining equipment and exploration works.

Considerable management and shareholder effort was invested in the ramp-up of Fenix project production, resulting in a 40% increase in volume produced and in the construction of new coal boilers and an SPLC system that will allow us to reach production capacity along with cash cost decrease in 2018 and beyond. The Group also continues investing in exploration and preparation of new deposits to ensure a resource base for projects. It remains absolutely committed to the highest standards of health and safety, environmental protection, sustainability, and local community development.

In 2017, the facility reached 81.7% of the plan while fully complying with environmental and safety standards and supporting the community in the neighboring town of Pobugskoe, and fulfilling its labour contracts. Results were impacted by the modernisation of furnaces in the first half of 2017. The recent conflict in Eastern Ukraine had no impact on the operations of PFP.

The amount of strip mining work stayed consistent with the plan and remained stable at 86.6% in 2017, the volume of ore crushing at 88.65% and stacking at 89.8% in comparison with the previous year. This result illustrates successful and well-planned business development. In 2017, Kurilgeo produced 31,533 oz. of gold and 115,472 oz. of silver.

Low operating costs ensured a high operating margin, which is consistent with the approved business plan. Kurilgeo operations contributed USD 41 million in sales with an EBITDA margin of 33% in 2017, with the company’s CapEx of USD 2.4 million aimed at exploration works, mining machinery and equipment purchasing, and construction of new assets.

Steady improvement of this facility’s operational efficiency was the key driver for ensuring the sustainability of production that resulted in the historically stable performance of the Cu segment of the Group with the 2017 EBITDA margin at 49% at Solway-owned DOO Bucim Radovish, which is Macedonia’s largest copper mine. Management of the Group is commencing the development of the Borov Dol project which enables Bucim’s Mine Life until 2030. The planned investment in 2018 is USD 22 million, the majority of which will be funded by committed credit lines with local banks.

In 2017, Bucim invested USD 1.7 million in equipment purchasing, infrastructure development, and occupational health, safety, and environmental protection measures. This included the purchase of dump trucks and drillers, the construction of a diversion channel at the tailing facility and recultivation of the tailing dump. Facility maintenance and repair expenses totaled USD 4.1 million in 2017.

Embracing strategic options to facilitate project development is part of the growth strategy for the Group. San Jorge is a mid-sized deposit with NI 43-101 M&I resources of copper 2.0 million pounds and gold of 1.3 million oz., with a straightforward development approach, low capital, and low operating costs. Having validated its exploration license in 2016, San Jorge began additional exploration and BFS works. With the positive attitude from the business community and ongoing support of the mining industry from Argentina’s President Mauricio Macri and regional authorities, Solway sees the continuation of noteworthy development for the future. We continue to hope that these positive changes will result in the environmental license release and takeoff of one of the most exciting business projects in the country in the very near future.

In 2017, Solway Group successfully restarted nickel ore mining operations at PT Bumi Konawe Minerina (Asera Project) to supply to local market players. Subject to a further increase in local market pricing, Solway Group is evaluating the possibility of restarting the mining operations at PT Bumi Inti Sulawesi (Sorowalio Project), to further increase monthly production of nickel ore in the 2nd half of 2018 to 200,000 wmt per month.

In 2017, Solway Group managed to maintain and progress all necessary permits for all nickel assets in the country, including securing an operational license for the world class nickel-cobalt deposit in Indonesia for the next 20-40 years.

During the review of PT Sulawesi Resources (Bahomoahi Project), a high grade limonite zone with cobalt (Co) grade of 0.20% was identified. The current quantity of resources is sufficient for a small-scale HPAL processing facility to produce nickel & cobalt MSP and/or nickel & cobalt sulfates. Both of these materials are currently highly valuable due to EV market growth. Solway group is planning to undertake a feasibility study for a project focused on nickel & cobalt production at PT Sulawesi Resources in 2018.

In line with current regulations and an expressed plan to construct a processing facility, Solway Group has submitted the necessary documents to obtain an export quota for nickel ore in mid-2018.

Solway Group successfully completed initial exploration for nickel, chrome and gold in new properties in Papua New Guinea in 2017. In 2018 the Group is planning for further detailed exploration of current and new assets in PNG. All of the undertaken exploration programs in PNG are fully supported by the local communities.

After a long break in operations related to the political situation in the country, the Project has restarted its operations and achieved 3,000 t/month of chromite concentrate with a minimum quality index of 50% Cr2O3 production capacity. During that period, construction of new lines had been put on hold. The process is now continuing – new lines are being restored, missing spare parts are being purchased. Four new lines will be launched in the near future. Total capacity of production is expected to reach 10,000 t/month. In order to upgrade the potential of the plants, we are dredging the water pond and expanding the tailings area.

Solway’s first and foremost responsibility is to promote and protect the health, safety, and well-being of all of its employees, contract personnel, and members of Solway’s host communities.

In 2017, CGN and ProNiCo invested about USD 780,000 in social development, both in the Fenix and Montufar project areas. This includes costs related to the employment of local community representatives; donations to local schools to cover classroom and school yard construction and maintenance, support of the program to increase adult literacy; repairs to municipal roads and infrastructure development, donations towards cultural and sport initiatives; support of agro and forest programs, healthcare, communication campaigns and assistance to underprivileged groups.

The crocodile program is implemented in cooperation with Setal Reserve and the Veterinary faculty of San Carlos University. Due to the strict protective measures, the population of American crocodiles and number of nests increased in 2017 from 30 to 38.

The goal of the Howler monkey monitoring is to increase the monkey population and restore the food supply chain. The Fenix project also continues to develop its long-term project with the orchid preservation nursery. It is a reforestation project representing a forest nursery with native species, promoting the sustainable management of the native forest in the Setal Natural Reserve and rehabilitation of the exploitation zone of the Fénix mining project. Additionally, during the reforestation program 6,000 seedlings of caribbean pine were planted in the Montufar area, Los Amates municipality, Izabal Department.

During 2017, existing sanitary wastewater treatment facilities were maintained and redeveloped: two in residential areas and two at the Plant. As a result, discharged wastewater fully complies with legislation requirements.

In 2017, the plant invested USD 143,000 in social support (115.4% of the 2016 budget). USD 213,000 was also invested in cultural and health programs. USD 203,000 was invested in social programs in 2017. Other investment programs included full financial support of professional education. USD 4 million is planned to be invested in 2018 in environmental initiatives.

Solway continued investing in environmental protection and in the health-and-safety (EHS) performance of Kurilgeo in 2017. The company constructed new infrastructure facilities for the worker camp – including a raw water treatment unit and sanitary wastewater treatment facility with 100m³ daily performance. Capital expenses for environmental protection were increased to USD 350,000.

Annual operational expenses for the Environment, Health and Safety programs were significantly increased and totalled USD 199,000. This included environmental monitoring – water, air, soil, industrial emissions and treated wastewater, as well as monitoring of the sea mammal population in the entire Urup island area, emergency response services and employee training and certification in environment protection and health and safety disciplines. Continual improvement of health and safety performance is a top priority for the Kurilgeo management.

In 2017, Kurilgeo established two non-commercial partnerships with the regional environmental non-profit organization “Bumerang” and International Abilympics Association – a workskills Olympics for people with disabilities. The purpose of both partnerships is to promote inclusive and environmentally friendly business development through supporting educational and conservation activities.

Solway is continuing its investments in occupational health-and-safety initiatives, environmental safeguards, and the development of municipal infrastructure at the Macedonian Bucim mine and its neighboring municipalities.

Bucim successfully completed the Environmental baseline survey, and the archaeological investigation of footprint and Environmental impact assessment study for the Borov Dol mine development. The proposed Solway investment in the Borov Dol mine project should lead to prolongation of the Bucim industrial operation for up to 10 years and improvement in local community support for three municipalities – Konche, Shtip and Radovish.