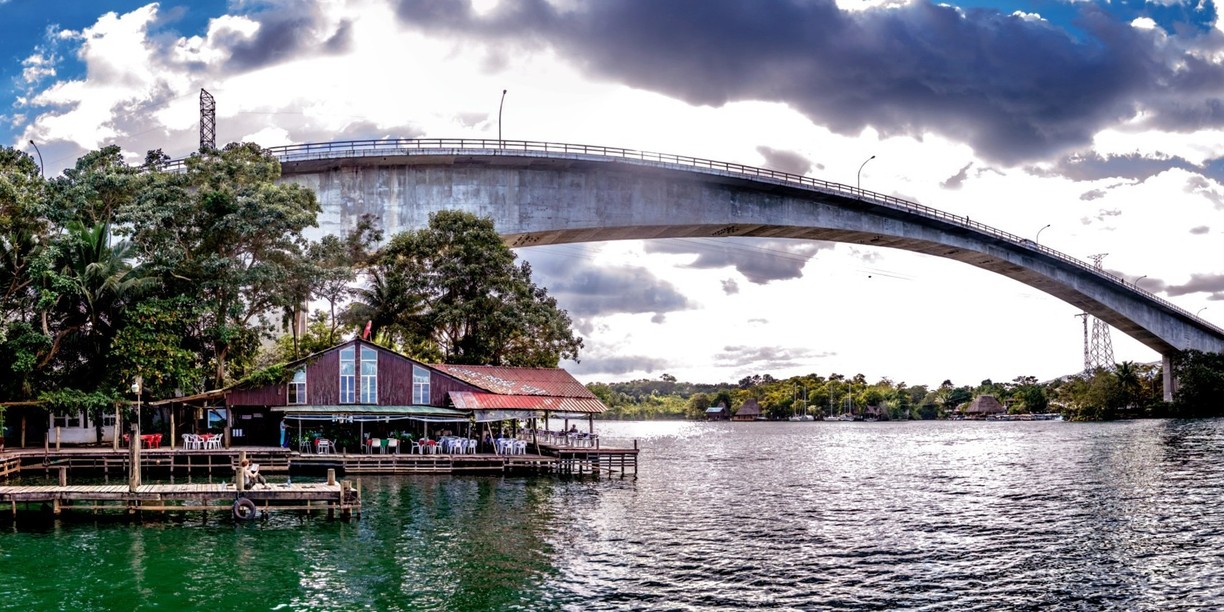 Regarding the incident that took place on May 27 in El Estor, Izabal, Guatemala

CGN/Pronico would like to express their regrets about the series of events in El Estor that took a tragic development on May 27. CGN/Pronico hereby clarifies that the Company was not a part of the armed conflict between the police forces and a group of protestors and therefore cannot by any means be held responsible for the consequences of criminal acts that took place.

As a responsible employer and neighbor CGN/Pronico complies with the local and international legal environmental requirements and respects law and order established by the Government of Guatemala. The Company possesses all the necessary operational licenses and environmental certificates. CGN/Pronico has been mediating negotiations with the protestors, representing themselves as the “members of artisanal fishing community of El Estor,” and supporting respected officials responsible for the matter since the fishing artisans requested an investigation on the Izabal Lake water pollution. The Company followed all legal rules and procedures imposed in the discussed case.

During the press conference held on May 28, the Minister of Environment and Natural Resources, Sydney Samuel, stated that his Ministry, together with a number of governmental institutions, had been represented at the roundtable at Río Dulce a day earlier. The meeting was a part of the previous settlement with the “members of artisanal fishing community of El Estor,” set up in attempts to come to an agreement with its members and stop road blockage initiated by the group of criminals that joined the fishermen in their protests. The fishermen never came to the meeting and therefore the negotiations were impossible to continue.

After considering the documents provided by CGN/Pronico, officials present at the roundtable agreed that CGN/Pronico operates within legal grounds and is in possession of all the licenses necessary for continuing its operations (EIA permits included).

As per the further statement of the Ministry of Environment and Natural Resources, the water quality analysis showed that 90% of the water pollution is generated not by the Company’s operations but by the local communities residing along the Polochic River. The Company’s contribution to the water pollution is minimal. The problem of brown water plants increases during rainy seasons when polluted waters streaming down from the Polochic River enter the waters of Lake Izabal. This causes growth of the population of damaging microorganisms “malicious algae”. If nothing is done in the long run, the Lake will be badly affected. The authorities are willing to help local communities resolve this challenge by developing a plan of operations for cleaning and providing payment to the locals engaged in cleaning the waters from the affected plants.

After analysing evidence presented by the research the ministerial committee concluded that CGN/Pronico cannot be held responsible for water quality change.

CGN/Pronico regrets the negotiations with fishermen were paused by the tragic events. The Company is willing to continue the dialogue with the local communities and cooperate on the projects aimed at saving and restoring the region’s natural biodiversity and is willing to support the governmental initiatives in cleaning and monitoring waters of Lake Izabal. These include but are not limited to regular reforestation, fire prevention strips, water canal maintenance, and other programs to monitor air, water and soil quality, noise level, and local flora and fauna. CGN/Pronico employees and the community of Las Nubes supported the Company by organizing a peaceful march.

At the moment the roads are unblocked, the Company has fully restored its operations and currently performs as per the schedule planned. Local communities have returned to their routine.

In the first week of May “members of artisanal fishing community of El Estor”, organized a peaceful protest. They claimed that La Compañía Guatemalteca de Níquel (CGN) was responsible for polluting the waters of Lake Izabal. As per the “members of artisanal fishing community of El Estor,” the Company’s operations caused a change of the watercolor and damage to the water plants. The Fishermen requested the Government of Guatemala to initiate an official investigation of the incident and conduct independent environmental research. Other requests included providing jobs to the community members, auditing the Company’s financial operations and shutting the Company down.

In response to the request of the “members of artisanal fishing community of El Estor” to investigate the cause of water changes in Lake Izabal, La Compañía Guatemalteca de Níquel (CGN) had presented the Guatemalan Ministry of Environment and natural resources (MARN) with an environmental study. The study later proved allegations of the artisians had no grounds.

Looking for immediate actions from the governmental authorities a group of Fishermen organized piquet in close proximity to the entrance into the Company’s facilities. They were joined by a number of criminals who turned the peaceful protest into armed riots.Their involvement in the piquet resulted in a series of violent acts, including kidnapping of 4 CGN employees, violation of human rights on the freedom of movement, seizure of employee’s families and road blockage. The Company requested that the authorities investigate the legality of the protesters actions and if qualified issue arrest orders for the group of aggressors, charging them with kidnapping, restricting freedom to move and violating women’s rights. The Company’s operations were partially stopped because the blocked roads prevented the delivery of goods and entry of the workforce.

On May 13 the first roundtable with participation of the Deputy Minister of the Environment, Vice-President Commission of the Environment, Governor of Izabal and Mayor of El Estor took place. After short negotiations the meeting turned into another riot with protesters claiming to lynch the Mayor.

Roundtable participants appealed to the Minister of Defence, requesting interference in order to prevent further violence in the area. After a few rounds of further negotiations with the “members of artisanal fishing community of El Estor” an agreement was reached on a number of the Fishermen’s requirements, the roads were unblocked and the call for a further meeting was announced.

In his official statement made on May 15, 2017 after CGN environmental reports were processed, the Deputy Minister of the Environment Alfonso Alonzo confirmed that the changes of water – excessive presence of browned water plants – were not linked to the operational activities of CNG/Pronico. He also suggested making the CGN report public and discussing the matter during the roundtable dialogue with the fishermen and other representatives of local communities that was scheduled to be held in Livingston on May 27.

The roundtable took place as scheduled on May 27 with the participation of Izabal prefect Tomas Cordoba, the Chairman Committee on the Interior, Cristian Gabriel, Vice-President Commission of the Environment, Rudy Ramirez, Mayor of El Estor, Rony Mendez, delegates of the Ministry of Agriculture, livestock and food (MAGA), representatives of the Presidential Commission for Coordinating Executive policy of human rights (COPREDEH), and local communities supporting the Mayor of El Estor and CGN/Pronico. Unlike governmental representatives, the fishermen never came to the meeting and therefore the negotiations were sadly impossible to continue.

Instead of coming to the roundtable the respected fishermen led by the group of troublemakers went back to El Estor in attempt to restore the road blockage. There they faced police forces called in by the state government to restore the order and guard the law in El Estor, While initiating negotiations the police were ambushed by bullets coming from unidentified sources.

CGN/Pronico are subsidiaries of the Swiss based Solway Investment Group currently managed by the team of metal and mining experts from SIG countries. Solway operates mines and smelting plants in Guatemala, Ukraine, Indonesia, and Macedonia, with a focus on nickel production, and has a strong portfolio of mineral projects in various stages of development. CGN/ProNiCo are the biggest local employers in the most economically distressed part of Guatemala and provide jobs for 1,770 employees and hundreds of local contractors.