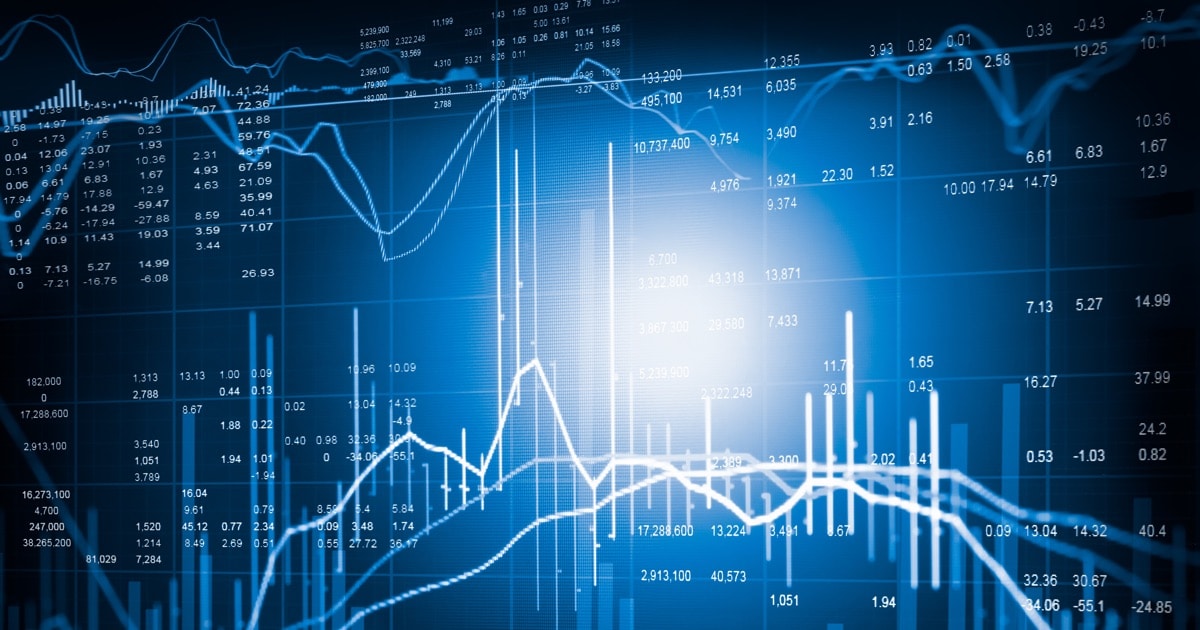 ZUG, Switzerland, July 7, 2017 Solway Investment Group GmbH, the parent company of an international vertically integrated group of companies (jointly referred to as “Solway”) announced its operational and financial results for the full year of 2016, ending on 31 December 2016.

In an uncertain economic environment, Solway continues to benefit from its diversified commodity portfolio built around low cash costs, capital investment discipline and strong cash management, all of which enable Solway to remain profitable despite challenging commodity markets.

The corporate strategy focuses on the introduction of modern mining and processing equipment, which minimizes potential impact on the environment and ensures the highest safety standards.

In 2016, the slowdown of nickel production was caused by an accident, affecting boiler No. 3, which occurred in August. The explosion of the boiler also damaged the power supply to boiler No. 2. At the moment, there are ongoing negotiations with the insurance company regarding the amount of compensation to be paid. Within six to 12 months, the damaged equipment will be repaired. In addition, coal boilers No. 6 and No. 7, with an average of 50 – 55 MWt power production, were put into action in November-December 2016.

In the near future, the company will focus on repairing boiler No. 2, completion of the SPLC system and construction of the replacement for boiler No. 3. The estimated amount of investments required is USD 35 – 40 million, the cost of which will be partially covered by the insurance payments.

All suspended Montufar mining licenses were made active. The plan is to extract 360,000 tons of wet ore by the end of 2017. The entire amount of extracted ore is due to be exported to Ukraine for processing at PFP.

Despite a less predictable economic environment in 2016, the facility performed close to plan while fully complying with local and regional environmental and safety standards and supporting the community in the neighboring town of Pobugskoe, and fulfilling its labor contracts to the letter. Due to its location, the recent war conflict in the Eastern Ukraine had no impact on the operations of PFP.

In 2016, there was a minor increase in nickel production in comparison with 2015. PFP processed 1.420 million metric tons of wet ore into 18,100 dry metric tons of nickel in ferronickel. In 2016, USD 1.72 million was spent on repairing technical equipment. Capital expenditures reached USD 2.1 million. Beginning with 2017, the investment plan is focused on maintenance of the main technical equipment, including capital renovation of the furnace and start of construction of an emission system.

In comparison with the previous year, the amount of mining stripping works doubled in 2016, the volume of ore crushing by 1.2x, and stacking by 1.2x. This result illustrates successful and well-planned business development. In 2016, Kurilgeo produced 49,186 oz. of gold and 145,360 oz. of silver.

Low operating costs ensure a high operating margin, which is consistent with the approved business plan. Kurilgeo Project’s operations in 2016 contributed USD 63 million in sales with an EBITDA margin of 59%.

In 2016, the company’s capex of USD 2.3 million was aimed at exploration works, equipment purchasing, and construction of new assets

Steady improvement of this facility’s operational efficiency was the key driver for ensuring the sustainability of production and for improving financial results at Solway-owned DOO Bucim Radovish, which is Macedonia’s largest copper mine.

In 2016, Bucim invested USD 1.9 million into modernizing its production process, equipment purchasing, infrastructure development, and occupational health, safety, and environment protection measures. This included dust recovery at the primary and secondary crushers, reconstruction of the pump station at cathode production, construction of a diversion channel at the tailing facility, and a flow-line from the combine to the leaching plant. Facility maintenance and repair expenses totaled USD 5.9 million in 2016.

As part of its growth strategy, the Group is currently evaluating strategic options for project development. San Jorge is a mid-sized deposit with NI 43-101 M&I resources of copper 2.0 million pounds and gold of 1.3 million oz., with a straightforward development strategy, low capital, and low operating costs. In 2016, San Jorge applied to validate its exploration license in order to begin additional exploration and BFS works. Solway sees positive changes in the business community’s attitude and real steps in support of the mining industry from Argentina’s President Mauricio Macri and regional authorities. We hope that these positive changes will soon result in the long-awaited environmental license release and launch of one of the best business projects in the country in the near future.

In 2016, Solway Group has focused on restarting mining operations at numerous nickel deposits to capture the developing Indonesian local nickel ore market. Our target is to achieve monthly production of at least 150,000 Wmt per month of high-grade nickel ore to satisfy local market demands from such players as Tsingshan, Indoferro, Harita and others.

Unlocking the potential of its Tier-1 nickel projects remains one of the main focus points of management efforts in Indonesia in 2016. The project’s long-term management priorities are to complete configuration of downstream facilities, develop new state-of-the-art processing technologies, and to complete the design and construction of a smelter as required by the Indonesian legislature in order to ensure export of value-added nickel products. Discussions regarding potential partnerships with leading global companies in the field of nickel processing and stainless steel production to achieve this target and more have taken place in 2016.

In 2016, the company launched chromium concentrate production and now produces 5,000 tons per month. At the same time, new plant construction began with an estimated monthly capacity of 6000 tons by each of four production lines. At the moment, the plant is undergoing testing and is to be ready for full capacity production by the end of the year.

At the end of 2016, new equipment for another plant production facility was purchased; the equipment is expected to be delivered within the next few months. 52 items of heavy machinery were purchased to provide the plant with dry ore and manage production processes. Some of the machinery was obtained as a part of a leasing agreement.

In 2016, the Company provided 400 jobs for the local communities and employed professionally trained personnel from the nearest towns.

Solway’s first and foremost responsibility is to promote and protect the health, safety, and well-being of all of its employees, contract personnel, and members of Solway’s host communities.

In 2016, CGN and Pronico invested about USD 1 million in social development. This includes spending on traffic control in habitat areas, compensation to the victims of road accidents, employment of the local community representatives, donations to local schools to cover classroom and schoolyard construction and maintenance, purchase of books and support of the program to increase adult literacy, repairs to municipal roads and infrastructure development, donations towards cultural and sport initiatives, support of agro and forest programs, healthcare, communication campaigns and assistance to underprivileged groups.

Several environmental protection initiatives related to the Fenix project were implemented in 2016, including the American crocodile and howler monkey monitoring programs. The crocodile program is implemented in cooperation with the Veterinary faculty of San Carlos University. Due to the strict protective measures, the population of American crocodiles and number of nests increased in 2016. Howler monkey monitoring is aimed at increasing the monkey population and restoration of the food supply chain. The Fenix project also continues to develop its long-term project on orchid preservation. In 2016, 3600 seedlings of 11 species were planted in the “Setal” national park tree nursery for area reforestation and visual impact minimization purposes.

Despite the economic crisis, a reduction in the amount invested in social development is out of the question. In 2016, the plant invested USD 130.4 thousand in social support (105.9% of the 2015 spend). USD 168.6 thousand was also investment in cultural and health programs. In 2017, USD 180.4 thousand will be invested in social programs. Other investment programs included full financial support of professional education. USD 10.6 thousand is planned to be invested in employees’ education in 2017 and USD 1.2 million in environmental initiatives.

Protection and improvement of labor safety and staff recreation conditions is a top priority for Kurilgeo management. The company invests in social infrastructure development, and offers 24/7 medical care and support for sports and recreational activities. USD 53,700 was spent on labor safety and security in 2016. The company invested USD 2.8 million in production development on Urup Island. Investments were made to purchase new machinery and to conduct geological works.

The company’s production is aligned with Russian environmental and safety standards for gold production by leaching. In 2016, the company’s environmental laboratory was accredited. Since 2013, scientists from the Kamchatsky Institute of Fishery and Oceanography (KamchatNIRO) have relaunched research, which was suspended since 2000. Starting in 2015, the sea mammal area of monitoring and control was been extended and now covers the entire Urup seaside on both sides of the island. The results of the four-year sea life monitoring program of the Southern part of Urup show no changes in numbers of population or habitat geography (including the area covered by the production site). Company management pays special attention to the living conditions of its employees on Urup. The camp consists of four buildings housing offices, tenant areas, a medical office, laundry, a canteen, sport facilities, a library and a drying room.

Solway is expanding its investments at the Macedonian Bucim mine in occupational health-and-safety initiatives, environmental safeguards, and the development of municipal infrastructure in the mine’s neighboring towns. In 2016, Solway continued investment in development projects supporting sports and educational programs; financing a preschool, a school, and correctional educational programs, as well as funding local football, handball, and wrestling clubs. Supported by Bucim, the sports clubs continue to hold top positions in the local sports leagues. By supporting amateur football clubs, Bucim also improves community relations with the Turkish ethnic minority residing in the neighboring villages.

Children of the village of Radovish have enthusiastically taken part in all Solway Music Camp Fellowship programs. 120 applicants expressed their interest to become a part of the program. After completing elimination tours, 15 applicants were offered places in the program’s English classes and only two won the right to represent Macedonia in the International Music Camp in Salzburg.

The facility was recently recertified according to ISO 14001 standards, with continued reclamation of a tailings dam and continued monitoring of the quality of the air and water in the area. A water reservoir was built at the end of the collector to eliminate the possibility of pollution of the Topolnitsa River.